The quick story for all the high dominant personalities that want the bullet points. My 3 year old Adam threw the tantrums of all tantrums over a toy he wanted at a grocery store. It gave us an opportunity to teach him about income, savings, spending, and giving. AND the power of being able to buy his own toys when he wants something. We now pay him a commission for his efforts around the house, and he is TENACIOUS about earning his own income.

Now for the full caption…

Monday I get a call from Ellen. It’s a FaceTime call, and as soon as we are connected: I land into World War 3—as in threenager. Ellen immediately hits me with a small soliloquy. “I don’t need any anger or yelling or the ‘what I would do speech’ I need you to simply talk him off the ledge so I can get home.

Adam is crying, well hyperventilating with growls, and Willow is sympathy screaming—while Ellen is holding on by a thread. Add in a bit of thrashing for good measure.

I went into a sweet, dad, “hey buddy” kinda talk. He is speaking through gasps of air and tears. And here is his story:

Adam wanted a big Max-D monster truck toy. We have a routine of visiting the toy section at our local grocery store to see the monster trucks. He likes to look at the ones he loves, and dreams about the ones he might get to have one day. Well, on this particular day, the big Max-D monster truck was gone. Ellen ever so gracefully explained that someone else bought the truck and that was okay because now some other kid is able to enjoy it just like he loves all of his toys. The ice broke. Tears. Scream conversations. (And this was his first really big break down.) “That kid needs to bring it back now.” He lost it. My sweet wife just did everything she could to get out of the store and into the car, which exasperated the challenge. Now in his head he was sans a Max-D and being torn away from the safety of Max-D.

I decided to drive home and take Adam for a walk to discuss his behavior. I wanted Adam to see how important it was for Ellen and I to be on the same team, while supporting him. As we walked he confessed his behavior—he has always done this because Ellen creates grace in our home—and we talked about why his feeling were hurt. I then explained (probably very poorly haha) that we were not going to buy him the toy for any reason because his behavior in that way would not be rewarded. BUT that we would provide him opportunity to buy the toys he wanted by earning commission for doing chores. (This is taken in part from Dave Ramsey concepts for teaching kids about money.) We talked a few different ways about what that meant. He was still upset, but you could see the wheels turning about what it meant for him to start earning money to be in control of buying his own toy.

Now, let’s put ourselves into the shoes of a three year old. In his brain—he just lost the opportunity to get something of high value in his world. He was just much more literal in his emotional expression of that disappointment. We bury our disappointments all the time with lost opportunities. (Think about all the times you didn’t get what you thought you deserved…same feeling by the way.) That’s for a different day though…my point is this: We didn’t want to punish Adam for his emotional response, we wanted to redirect him into a space that gave him back control over things he can directly influence. BIG lesson for a three year old, but I can only believe that this will blossom into our opportunity to teach him how to be tenacious about more than just monster trucks. This is the essence that once distilled will help him become the world changer we see in him already.

I am by no means the best parent—I do however believe we have to bring ourselves into a selfless space of not being right all the time as a parent. Being the parent that is right is like being the spouse that is right. Being right does not grow relationships. End an argument with the love of your life by saying “see I was right” and let me know what that produces for your relationship. The power we have as parents to inspire the greater good buried in each of our children just might be hidden in redirecting into the path of what-if. Adam now talks about the truck he gets to buy with his commission instead of talking about the truck he wants by the default of hoping someone gets it for him. Pretty cool thing in my opinion. (And cheap labor for getting him to do more chores around the home haha.) He isn’t sad about the truck that was taken from him by some kid. He is excited about the day he earns the truck. He has become tenacious about something we will be able to shape for years to come—being financially stable and smart. 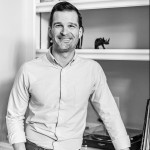 Change the Way You Look at Things.

Kindness: A Blog from the Past

Change the Way You Look at Things.

7 Signs You Broke Value (and How to Fix It)